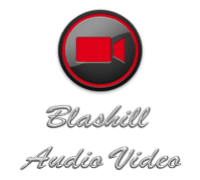 Excelerator: Studio Tracks from “New and Perused” and “Rubble”

“Excelerator” was a garage band that John was in awhile ago that was based out of the South Lyon Michigan area. Mainly spending time in their state of the art recording studio doing originals, they occasionally came out of the woodwork to do a gig here and there or just for S.A.G. lololol…Jim Sanders is on all Guitars and is the main catalyst when it comes to bringing new material to the table. And although this is very true in every sense, none of the songs in the band’s portfolio would ever have come to fruition without the stylings and sensibilities of Brent Gross, who is on the Drums, Keyboards and Background Vocals. Tom Bellinson is on 5-string Fretless Bass, and is the one who ‘holds down the fort’ while Jim and Brent explore the avenues that each song presents. Lastly, John Babij is their Lead Singer/Lyricist, and had the dual role of Engineer/Producer on all the sessions for these recordings. He also played the Rickenbacker Bass on “Keep On, Keeping’ On”, “Wheel Of Frustration”, “I Know Better” and Water Bass and Strings on “You Are My Life”. Here are a few of their songs that are representative of the band’s style and creativity. They have all been written and recorded between the periods of 1987 – 2006 @ Excelerator Studio’s South Lyon Michigan.